The dangers of mould!

You need to remove all the contaminated/wet plaster and any insulation that is wet. The insulation may not look contaminated but since it is wet it can still grow some mould and will affect the plaster patch. 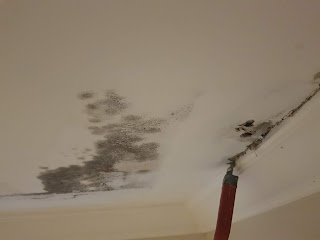 This is a recent plaster repair I had to do that had a lot of mould. The client said they just painted over the area to try and cover the discolour. They said it just came back and that the mould has been spreading. I had to remove the entire affected section and the soaking wet insulation. 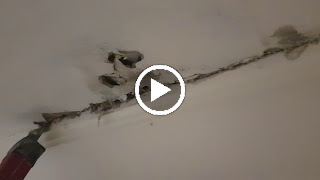 This shows how wet the plaster was and how easy it was to poke through. I could just poke my finger through without any force, meaning that the plaster could have fallen at any stage.

I had the affected area removed, which was bigger then it looked. The underside of the plaster (the side up in the roof) was very wet and starting to get mouldy. 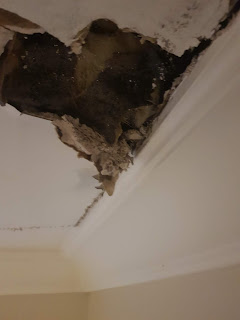 This shows how bad the plaster was and it was just falling away as I removed it. It's the worst I have ever seen and was in a bedroom, which is the worst as you spend about 8hrs there breathing in any mould spores in the area. 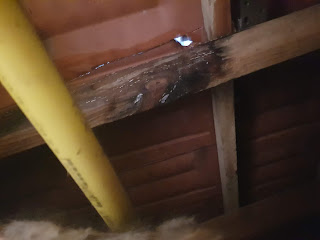 Upon further inspection I found that one of the roof tiles was cracked, so that will need to be replaced before any further work commences.

With the bad weather it had to wait until it cleared to get on the roof to replace the tile and have the plaster repaired.

This is s lesson to all that mould can be very dangerous and you should get professional help to deal with it. If left untreated or not removed completely it will most likely come back. You can't simply just paint over the area with normal paint, you need to use mould inhibiting paint or the best options is to remove the affected plaster and replace it with fresh plaster.

If you notice anything that resembles mould you should consult a professional to inspect it and have it treated properly. I can always inspect affected plaster and treat it to remove the mould. If it is in a bedroom it is best to limit the use of the room until it is treated or removed.

Always remember to be protected when doing his sort of work, wear a dust mask and rubber gloves. 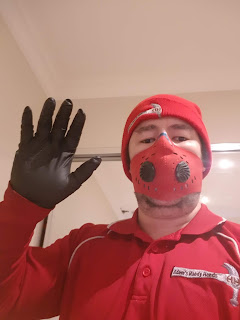